A few months ago I watched a movie titled ‘Mr. Nobody’ I found the poster on a forum and saw the starring actor was Jared Leto, and cuz I like that guy I decided to watch it… minutes later I watched the trailer and I was convinced I’VE MUST SEEN THE MOVIE.

The trailer made me feel even more curious about the story, the movie seemed confuse, brilliant, esthetically pretty and the narrative looked ingenious. Although when I saw the trailer I didn’t understand anything, that fact leads me to wanting even more to watch the movie.

The plot is more-less like this, Nemo Nobody had to made a decision that leads him to take wrong decisions, and no matter which side he choose, it always lead him to the same end… the death. So the main dilemma is, how to know which decision could be the right one.

The main body of the movie is precisely that, the director takes us through all those decision and the consequences behind those secessions, also the stories of those decisions. Is all intertwined, you get to love each story, Nemo as 118 year old man, Nemo at 9, 16, then Nemo at 34 which is played by Jared Leto and you fell in love of all the Nemos the story shows you.

Each Nemo, creates his own story and in the end you ask yourself ‘what if’… he would made this or that decision. The interesting is that every storyline ends leads to a similar end… death, but each death is different, remaining only one characteristic… water. 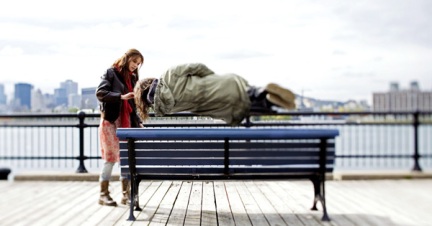 Jared Leto as actor I really believe him, he even surprised me, I never thought he was capable, but in every stage and with every characterization Jared as Nemo really captivate me. The writer and director of this movie Jaco Van Dormael is a genious, his film is a master piece, I like the alternative universes he create for each Nemo, then the turns in time the storyline takes jumping from 1970’ to 2092’, the societies he build up; the edition is fluid is hard to notice it, the viewer just flow through scene to scene, Nemo’s insanity episodes are great.

I think that every picture and frame the director created are worthy enough to be watched once and over and over again, to be analyzed and examinee even clinically, cuz it had a long time since I felt so lost within a story like in Nemo Nobody’s story, lost in the way of the depths and layers and shades and reactions and expressions displayed by this same character itself, is marvelous. 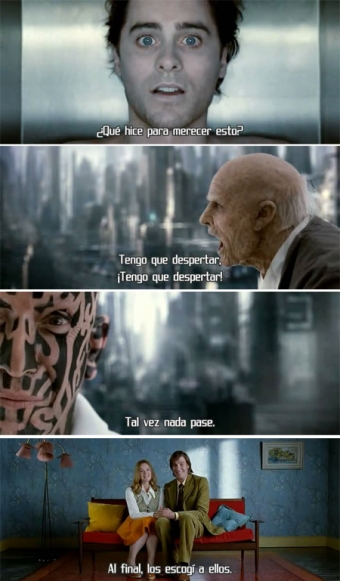 Don’t want to give spoilers, because the only way to understand this movie is by watching it and enjoying it by yourself. Has so many topics, as euthanasia, the right of life, happiness, hope, true love, all are relevant in the story and each one has its own explication, is a very complex movie, greatly edited, directed and written.

Checking on the numbers about the film on IMDB, I found that cost 47MD and the box-office was bout 8,665,098MD a pretty low number, which only portrays the poor publicity campaign it had or in some way the none publicity it had; although the quality of the film is exquisite, the number talk and once more we see that no matter how great or good a movie or story can be, without a strong publicity work everything can go down.

Thanks for reading.
C’ya
Lorelay