I started the book, without the slightest intention of finishing; in fact I remember I had to stop and re-start to read it after having gone a few pages.

Not a boring book, it’s just that the version I have in Spanish, was Castilian version, or rather that the writing style is the type that has words like ‘you’ or ‘your’ used on a period time and that kind of words are hard to read.

Obviously I understand them, but they are so obsolete on the Spanish now, that sometimes I had to stop and re-phrase the sentences to the common Spanish to arranging them, and that made that the book took me longer than necessary to finish.

I liked the way it shows the romance and drama, and friendship, which is a very important issue around the drama of the novel, it was something really valuable for people of centuries ago. Even today it is valuable but I think people in general have lost off sight that each friend is a precious gift and therefore should be taken as something very valuable and should be cared for with great zeal.

Very good book, Shakespeare is always guaranty of a good reading, film or series. Here is the link to download the book if u want to read it. The Merchant of Venice (use save as to download). 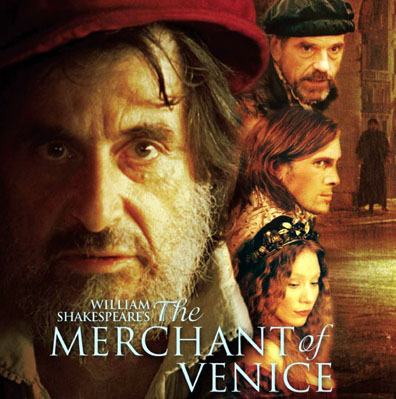 Note: Speaking of Shakespeare, this soon to be 2011 will be released the film ‘Tempest’ based on a work by this WS, that will be amazing for sure.