While a listen to The XX on my mp3 player, seated on my dinning table I write my review about Divergent. It seems as if a book should be on my “reading list” for a about 3 months so I dedice to read it.

(I think that listen to The XX while I write was not a good idea, make me wanna dance :P)

Anyway for start the cover is interesting, but not attractive, and don’t give any clue about the plot in the story or the topic of the book, beside I refuse to read any review or to research about the book or the author.

This book I see it recommended on EW magazine, also on the twitter and facebook accounts of Summit Entertainment and Twilight. I read somewhere that had its eyes landed on this trilogy to fill in the hole that The Twilight Saga will leave next 2012, though I don’t understand why or how, so far I could see this trilogy has nothing related to Twilight, perhaps the “love story” but the love between Tris and Tobias is nothing compared to Edward and Bella. I think that if wanted another mega franchise, should have dig its teeth on The Fallen Saga by Lauren Kare, that is indeed an EPIC love story, too bad *cof cof* beat them. 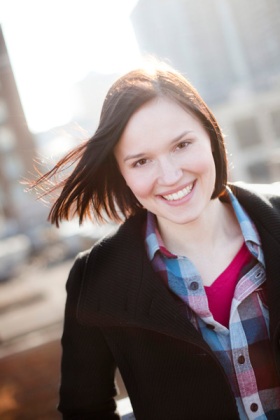 And as I said on twitter, I must say it again, Divergent has similitudes with The Giver trilogy, these are slightly similitudes however after the third chapter, the author could throw away from my mind from that post-modernist world previously created by Lois Lowry.

At the beginning I couldn’t understand that world but when I get to the initiation training for the Dauntless and I get to see how Beatris or Tris developed herself with the others, every piece get is way through my head.

Though the love story is developed near the end, I liked a lot the way the author dog it and show it through Tris’ eyes. The story has several interesting characters and seemed unnecessary to me the need to kill those that were very important to Tris, and hate very much the fact that all the “bad guys” were still alive after all.

And the cherry at the top of the cake was the climax of course, that is very heavy ad very long, from the page 190 until 260, Veronica Roth got me stick to every line and paragraph of the story, then the very end of the book almost gave me a heart attack, I wanted to curse but I hold myself up, because you didn’t see it coming, just suddenly you have it there smash on your face, made me think that maybe my file was corrupted I thought “where are the rest of the pages”, seriously very hard and cold!

The end put the starring roles together again but everything around them is a total mess, with more enemies that friends at their side. Basically I highly recommend this book, is a little tiring for all the action sequences in all the characters but is very tender in some other scenes. I read it in English, because you know I don’t like to read the fan made Spanish versions, but if I find it in Spanish I will let you guys know.

Well for now I will have to seat and wait patiently for the next volume, to be release in spring 2012.

PS If u want the book leave a comment down here and I will send it to you.